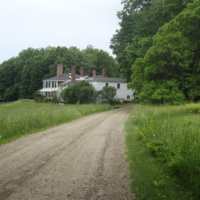 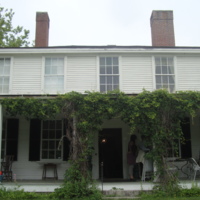 Listed on the National Register of Historic Places, the Vaughan Homestead is now a 501(c) (3) non-profit nature preserve and non-traditional house museum.

The Foundation has been in operation since 2002 with a governing board made up primarily of community residents. The current Board-Designated Executive Director is Ellen Gibson, the great, great, great, great granddaughter of Sarah Manning and Benjamin Vaughan.

The House Museum is open by appointment and for special programs, historical exhibitions, community events, and workshops. The Woods are open daily from dawn to dusk. 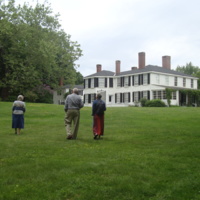 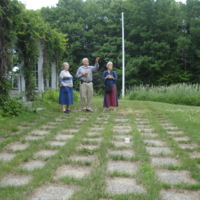 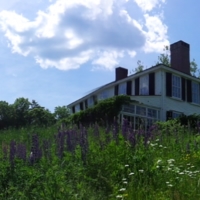 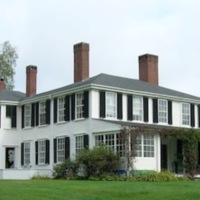 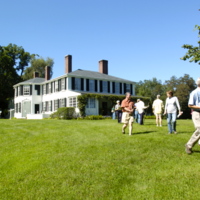 Cataloguing efforts at the Homestead began in 2006 and continue today, as the curators sift through artifacts, not only from Sarah and Benjamin's era (1797-1835), but also from six generations of Vaughans, who have lived at the Homestead since then. When I visited in June, 2015, Ellen Gibson and the curators of the museum, Ron Kley and Jane Radcliffe, generously took time out of their immense task to show me the Homestead and grounds. I also met Program Coordinator Kate Tremblay and local volunteer Anne Young, who has a particular interest in Sarah Manning Vaughan. They provided a delicious lunch on the sun-filled front porch, while we discussed what has remained the same and what has changed in the century and a half since Sarah Manning and Benjamin Vaughan lived there.

After lunch, I had the opportunity to meet other Vaughan descendants--Ted and Carolyn Vaughan--who now own the John Merrick house at Elm Hill Farm. They graciously opened up their home and gave me a tour of the famed "octagonal room." Also of interest were architectural designs for summer cottages they had found in an 18th century British magazine that probably were the basis for the John Merrick house and the Vaughan Homestead. Ted explained that both the Homestead, which was built in 1794, and the Merrick house had been built based on patterns basically out of a catalogue! Needless to say, neither estate was initially built with the harshness of a typical Maine winter in mind, and various additions and alterations have proved necessary over the years. 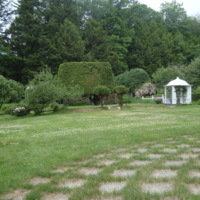 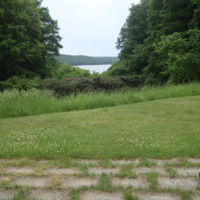 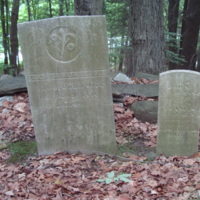 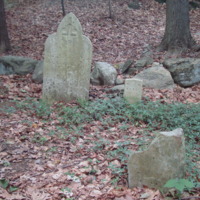 The gardens at the Homestead are still meticulously kept but, according to Ron Kley, are much less extensive than they would have been in Sarah and Benjamin's day. Benjamin Vaughan was particularly devoted to gardening and experimented with the cultivation of all sorts of fruits and vegetables. The produce was consumed at the Homestead and also shared with friends and neighbors.

In the centuries since, the forests have grown up around the Homestead to the point where the Kennebec River is now just barely visible over the tops of the trees. In Sarah and Benjamin's day, the Homestead would have been a prominent landmark for travelers coming up the river, and the Vaughans would have been able to see their approach by boat from the front porch.

In the woods, nearby the house, is the family graveyard, where Sarah Manning, Sarah Junior (Sally), Benjamin, Harriet, and later generations of Vaughan family members are buried and commemorated.

In 1991, Diana Vaughan Gibson and her husband George, the last generation of Vaughans to maintain the home as a private residence, donated a conservation easement on the Woods to the Kennebec Land Trust. Today the Homestead manages the Woods for public use. The 197-acres contains 3 miles of walking trails, stone bridges, waterfalls, a pond, and fields of wildflowers, all available to the public for recreational activities or nature study.