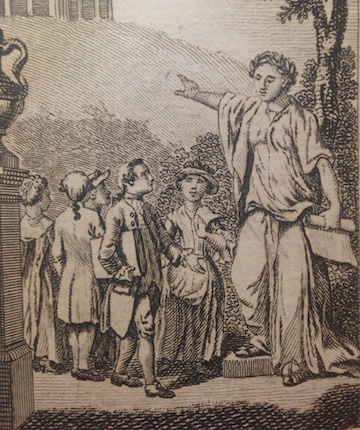 Detail from The Amusing Instructor, Frontispiece

The Amusing Instructor: or, Tales and fables in prose and verse, for the improvement of youth, with useful and pleasing remarks on different branches of science (1777) is one of the earliest educational books once owned by Sarah Manning Vaughan (1753-1834) and now held at the American Philosophical Society (APS) in Philadelphia.

The story centers on a wealthy aristocrat named Philander (from the Greek, meaning “to love man”). Having become disillusioned with the extravagance and dissipation of life at Court, Philander decides to move to his country estate and devote his life entirely to cultivating the “infant genius” of six youths and six young ladies through a series of regularly scheduled Socratic dialogues. 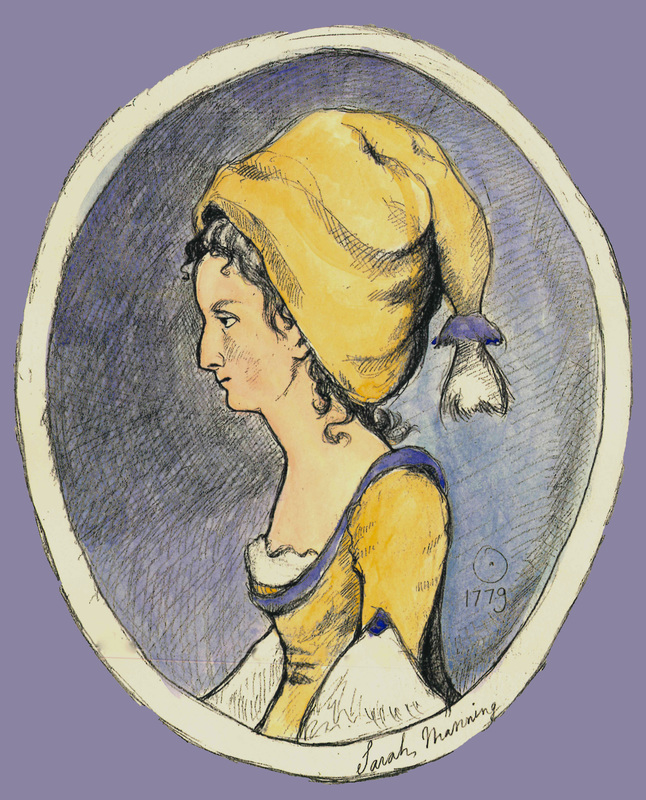 Not unlike Philander, Sarah Manning Vaughan gave up the luxuries of London society when she moved with her family to Hallowell, Massachusetts (later, Maine), along the Kennebec (or Kennebeck) River, in 1797, and devoted herself in a similar manner to cultivating the minds of her seven children, fourteen grandchildren, and the other young people of that rural community.

Born in Jamaica in 1753 to a wealthy merchant family, Sarah Manning was sent at an early age to England, where she was tutored privately and received the finest education available to young women at the time.

By the age of 28, when she married Benjamin Vaughan (1751-1835), she had traveled throughout Europe and was accomplished in French and music.

Sarah Vaughan's hand-written "doigtées (finger exercises) to be played to the extent of the piano."

With the combined wealth of her own family and that of her husband, Sarah moved in the highest intellectual and aristocratic circles. She was known as a witty conversationalist by French philosophes like the Abbé Morellet (1727-1819), American statesmen like Chief Justice John Jay (1745-1829), and British authors like Anna Laetitia Barbauld (1743-1825).

After her death, Benjamin Vaughan recalled in a memorial statement written for their children:

She was remarkable for the promptness and neatness of her remarks and repartees in conversation which never gave offence, but by politeness and good humor always increased the pleasure of the conversation. 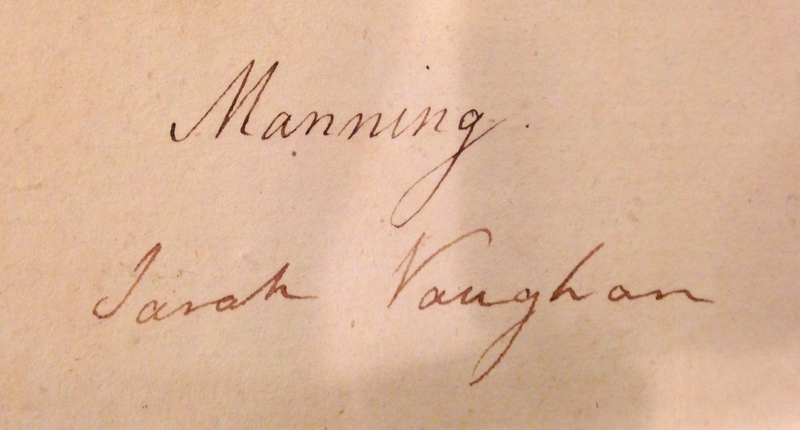 This exhibition reveals the "genius" of Sarah Manning Vaughan through Sarah's personally signed and often annotated collection of children's books, as well as manuscripts and letters in the American Philosophical Society's Vaughan collection.

When brought together, these fragments form a picture of an exceptionally intelligent and vivacious woman, who, by supplementing the children's books in her collection with the art of enlightened conversation, inspired a rising generation of American writers and educators.

In the 18th century, books were luxury items that only the affluent could afford. The importance of Benjamin and Sarah Manning Vaughan's extensive library to the rural community in Hallowell cannot, therefore, be overstated. 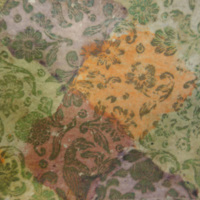 A sampling of book covers from 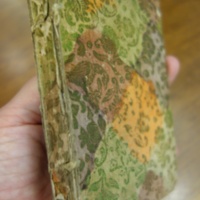 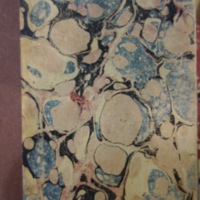 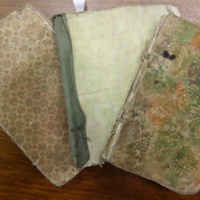 The children's books in Sarah Vaughan's collection are tiny by modern standards, ranging in size from 1 1/2 X 2  to around 5 X 7 inches. Illustrations are black and white wood-block prints or engravings, but what these books lack in colorful illustrations, they make up for with "brocade," gold-embossed leather, and marbled covers.

From the 1740s onward, it was popular to cover children's books with Dutch floral papers, which were stenciled with color and embossed with gilt to resemble brocade fabric. The papers were typically made in Germany, not the Netherlands, but they were still refered to as "Dutch floral print" or "Dutch brocade." Though extremely worn and fragile after generations of intense use by family and friends, Sarah Vaughan's children's books still reveal signs of her elegant London upbringing.

Marriage to a Dissenter →
Introduction