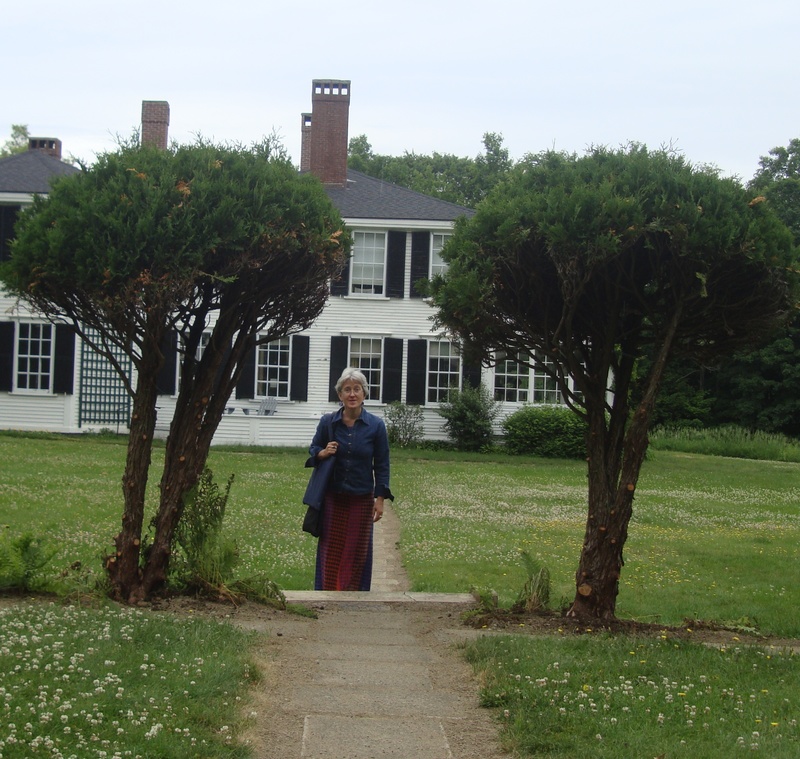 This journey back in time to research the life and genius of Sarah Manning Vaughan would not have been possible without the assistance and encouragement of many individuals and organizations. First, I would like to thank everyone at the Vaughan Homestead Foundaton for their generous hospitality, and especially, Ron Kley and Jane Radcliffe, for their insights and encouragement over the past couple of years. They suggested that I submit a paper based on this research to the Dublin Seminar for New England Folklife, which just happened to be highlighting the theme: "Schooldays in New England 1690-1900." I would like to thank all those who organized that wonderful conference for inviting me to speak and for offering such invaluable feedback.

This project would not have been possible without funding from the Andrew W. Mellon Foundation, through which I received a two-year postdoctoral curatorial fellowship to conduct research at the American Philosophical Society Library and to curate exhibitions at the APS Museum. I would like to thank the former director and curator, Sue Ann Prince, as well as Danielle Rice and the other committee members, for offering me the exciting opportunity of becoming the first Mellon Fellow at the APS. Thanks also go to the current Director of the APS Museum, Merrill Mason, and the Executive Officer of the APS, Keith Thomson.

I would like to acknowledge the contributions of the APS library staff and the conservation department and to thank them for their enthusiasm and encouragement throughout this project. In particular, I would like to thank Valerie-Anne Lutz, Head of Manuscripts Processing and Library Registrar; Charles B. Greifenstein, Associate Librarian & Curator of Manuscripts; and Estelle Markel-Joyet, Technical Services Coordinator. Thanks also go to Anne E. Downey, Head of Conservation; Stephanie Glass, Head of Technology Systems; and Joseph DiLullo, Library Technical Assistant for taking special care of Sarah Manning Vaughan's fragile books during the scanning process. I would like to thank Mary Grace Wahl, Associate Director for Collections and Exhibitions, for allowing me to use portraits from the APS Museum collection and also Hannah Sisk, Museum Curatorial Associate, for setting up the Omeka platform. Finally, I thank Olav Pedersen, AIA, for his photography and for his patience through the many drafts of this exhibition. Thank you, One and All!

I dedicate this exhibition to my magical mother, Kari Kise McGowan (1931-2013). Our many delightful and enlightened conversations will continue to feed my spirit for all the years to come. Takk for alt! 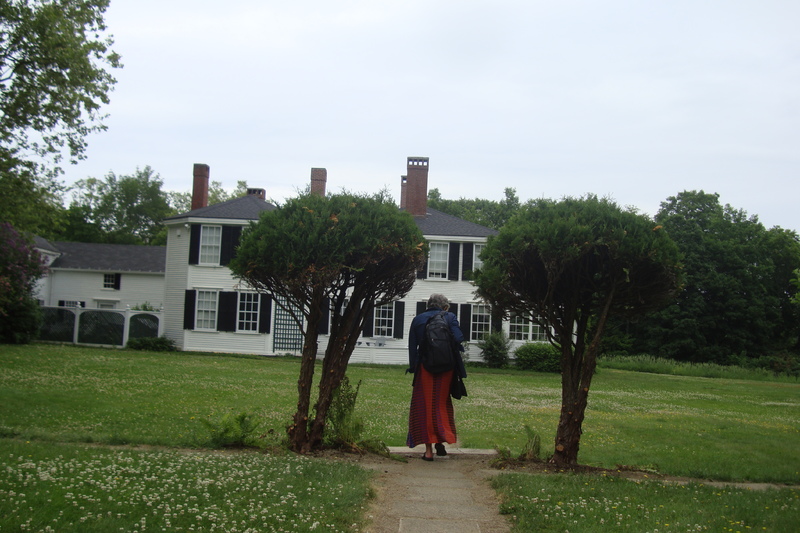 A Birth-Day Present; or, Nine Days Conversation between a Mother and Daughter, on Interesting Subjects: For the Use of Young Persons, from Ten to Fourteen Years of Age. Second Edition. London: Printed and Sold by J. Marshall and Co. at No. 17, Queen-Street, Cheapside, and No. 4, Aldermary Church-Yard, in Bow Lane. 1789

A New Book for the Improvement of Young Gentlemen and Ladies. Filial Duty, Recommended and Enforced, by a Variety of Instructive and Entertaining Stories, of Children who have been remarkable for Affection to their Parents. Also An  account of some striking instances of Children, who have behaved in an undutiful, and unnatural manner to their parents. The whole founded on Historical Facts. London, Printed for E. Newbery the Corner of St. Paul’s Church Yard.

A New Roman History, from the Foundation of Rome to the End of the Commonwealth. Embellished with Copper-Plate Cuts. Designed for the Use of Young Ladies and Gentlement. London: Printed for E. Newbery, the Corner of St. Paul’s Church-yard. 1793

Aikin, Dr. John. England Delineated; or, a Geographical Description of Every County in England and Wales: With a Concise Account of its most important products, natural and artificial. For the use of young persons. London: Printed by T. Bensley, For J. Johnson, St. Paul’s Church-Yard. 1788

Aikin, John, & Anna-Laetitia Barbauld. Evenings at Home; or, The Juvenile Budget Opened. Consisting of a Variety of Miscellaneous Pieces for the Instruction and Amusement of Young Persons. Vol. I. Second Edition. London: Printed for J. Johnson, No. 72, St. Paul’s Church-Yard. 1794

Angelo, Michael. Juvenile Sports and Pastimes. To which are prefixed, Memoirs of the Author: Including a New Mode of Infant Education. By Master Michel Angelo, Author of The Drawing-School for little Masters and Misses. London, Printed for T. Carnan, at Number 65, in St. Paul’s Church-Yard. 1780

Cox, Roger. "The child of the Enlightenment: The example of Locke and Rousseau," Chapter 3 in Shaping Childhood: Themes of Uncertainty in the History of Adult-Child Relationships. London & NY: Routledge, 1996

Gillet, R. The Pleasures of Reason: or, the Hundred Thoughts of a Sensible Young Lady. In English and French. By R. Gillet, Lecturer on Philosophy, and F.F.R.S. Third Edition. Embellished with a fine Engraving, and an Allegorical Map. London: Printed for G. Sael, No. 192, Strand; and Told by M. Poole and Son, Chester. 1798

Hack, Maria E. Winter Evenings; or, Tales of Travellers. In Four Volumes. Vol. I London: Printed for Darton, Harvey, and Darton, No. 55, Gracechurch-Street. 1819

Hints on Education; or, the Erroneous conduct of Many Parents pointed out by A True Lover of Domestic Peace. London: Printed and Sold by John Marshall and Co. No. 4, Aldermary Church Yard, Bow Lane.

The Juvenile Magazine; or, an Instructive and Entertaining Miscellany for Youth of Both Sexes. For January 1788. Printed and Published by and for J. Marshall and Co. Aldermary Church-Yard, Bow-Lane, Cheapside, London, 1788

Kilner, Mary Ann. Hints on Education: or, The erroneous conduct of many parents: Pointed out by a true lover of domestic peace. London: John Marshall and Co., between 1782 and 1787

La Fite, Marie-Elisabeth. Questions to be resolved; or, a method of exercising the attention of young people. Interspersed with various pieces, calculated for instruction and amusement. London: J. Murray, 1791-1792

Lovechild, Mrs. The Art of teaching in sport; designed as a prelude to a set of toys, for enabling ladies to instill the rudiments of spelling, reading, grammar, and arithmetic, under the idea of amusement. London: John Marshall and Co., 1785

Marvin, Mary Vaughan. "The Benjamin Vaughan Papers: Discovery and Provenance," In The Preceedings of the American Philosophical Society, Vol. 95, No. 3, June, 1951

Newbery, F. The Amusing Instructor: or, Tales and fables in prose and verse, for the improvement of youth, with useful and pleasing remarks on different branches of science. London: F. Newbery, 1777

Newbery, F. The Newtonian System of Philosophy Adapted to the Capacities of Young Gentlemen and Ladies. And familiarized and made entertaining by Objects with which they are intimately acquainted: Being the substance of six lectures read to the Lilliputian Society, by Tom Telescope, A. M. And collected and methodized for the Benefit of the Youth of these Kingdoms, By their old Friend Mr. Newbery, in St. Paul’s Church Yard. Who has also added a variety of copper plate cuts to illustrate and confirm the Doctrines advanced. The Seventh Edition. London: Printed for T. Carnan, (Successor to Mr. J. Newbery) in St. Paul’s Church Yard. 1787

Pandora, Katherine. “The Children’s Republic of Science in the Antebellum Literature of Samuel Griswold Goodrich and Jacob Abbott.” In National Identity: The Role of Science and Technology. Osiris 24. University of Chicago Press, 2009

Shefrin, Jill. The Dartons: Publishers of Educational Aids, Pastimes & Juvenile Ephemera, 1787-1876. A Bibliographic Checklist. Together with a description of the Darton Archive as held by the Cotsen Children’s Library, Princeton University Library & A brief history of printed teaching aids. Cotsen Occasional Press, 2009

Wakefield, Priscilla. Mental Improvement: Or the beauties and wonders of Nature and Art in a Series of Instructive Conversations. London: Darton and Harvey, no. 55, Gracechurch-Street, London, 1794

Ward, Samuel. A modern system of natural history: Containing accurate descriptions, and faithful histories, of animals, vegetables, and minerals. Together with their properties, and various uses in medicine, mechanics, manufactures, &c. Printed for F. Newbery, the corner of St. Paul's Church-yard, Ludgate-Street, London, 1775-1776